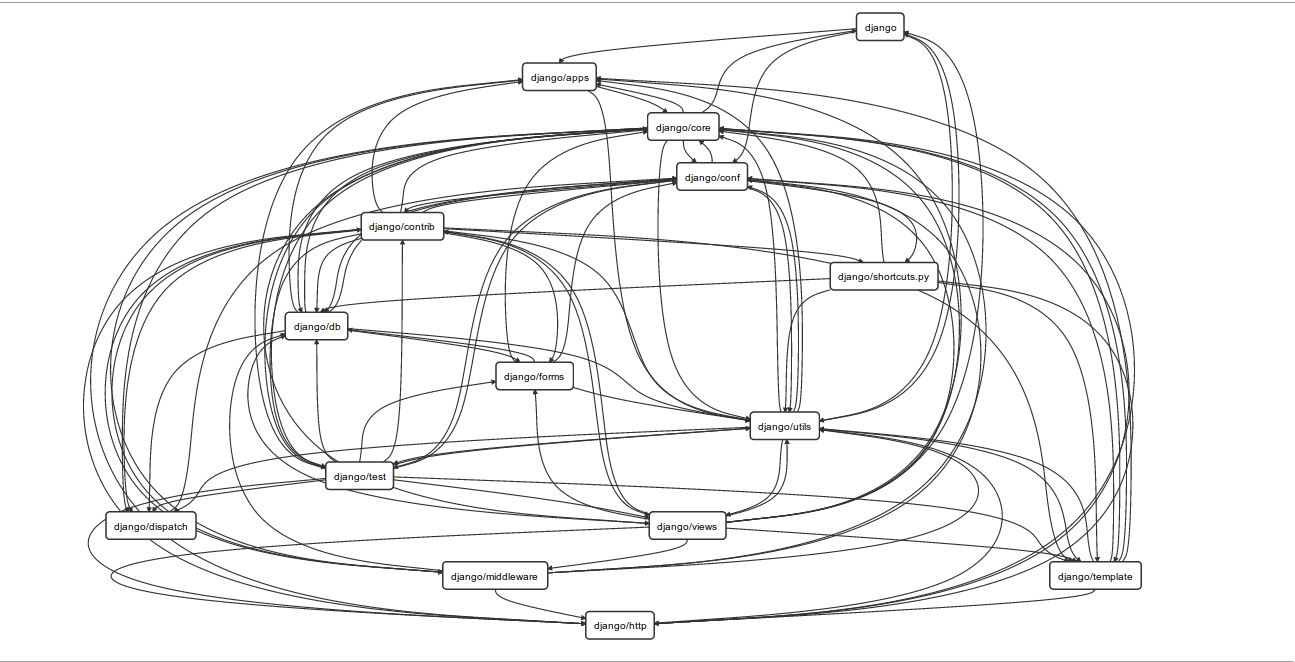 Browsing through Django's ideas for GSOC 2014, I came across a proposal to reduce coupling and package each component separately. I have often wondered how complex such a task would be as Django claims and encourages loose coupling.

So, I tried to naively separate a module such as django.forms and found that it depends on atleast four other modules to just intialize. Similarly trying out other modules, I found varying complexity in the dependencies most of which were atleast depedent on django.apps for apps and django.conf for settings.

I wanted to figure out how complex the dependencies between various modules are and I started looking at code analysis tools to visualize them. I settled on Snakefood for generating the dependency graph and dagre-d3 for the rendering.

I used snakefood to get a graphviz dot format representation of the dependencies:

here clusters is a file containing the modules we want to restrict the dependency level to:

Next, I used dagre-d3 to visualize the output:

Some things that caught my eye:

I think most of the coupling stems from the fact that modules assume we have configured settings and have installed apps. So, decoupling django.conf and django.apps could probably be a first step. Decoupling other modules would require some analysis of the dependency graph and refactoring but overall I'm hopeful that Django could be broken down into smaller, better components and allow developers to pick and choose the modules they need.