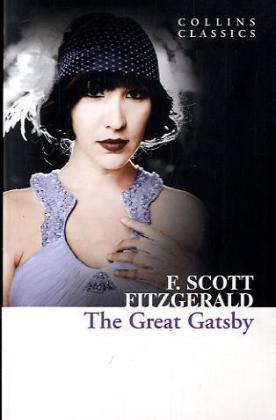 Reserving judgements is a matter of infinite hope.

The Great Gatsby is a showcase of the upper-class American society of the early 20th century. It's a cautionary tale of how unbridled desire can be devastating. If you've seen the movie American Beauty (or The Great Gatsby), you will probably find this book very similar.

Jay Gatsby is an intriguing character with a dark past and an extravagant lifestyle. Nick, a young hard-working salesman is the narrator and Gatsby's neighbor. Tom and Daisy are couple who are Nick's friends and live nearby. Jordan Baker, a young woman, is Daisy's friend and Nick's girlfriend. The last couple - George and Myrtle are living in an unhappy marriage. To make matters worse, Tom is cheating on his wife with Myrtle and Gatsby is trying to get back Daisy, who rejected him when he wasn't rich. The action starts to unroll when one unfortunate day all their paths cross.

The tale takes a jab at the concept of "American Dream" (or any one predefined way of living, really). Gatsby is rumored to be a murderer as soon as people realize how rich he is; Gatsby's "Oxford" qualification is called into question when Tom confronts him - all subtle hints at the psyche of the characters.

4/5 - Short and sweet tale about relationships, lust, and materialism.