The Blade Itself - Joe Abercrombie 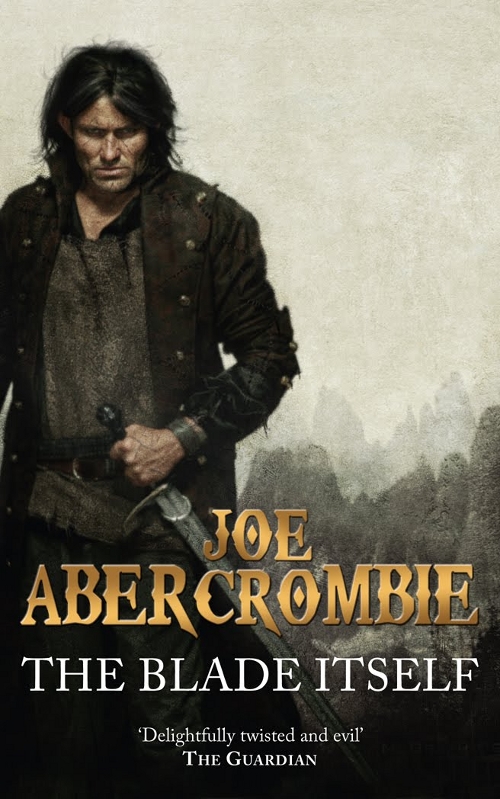 —Almost everyone in this book

Once you've got a task to do, it's better to do it than live with the fear of it.

The Blade Itself is the first book in the First Law series and it prepares the ground for an epic battle.

Reading the book is like immersing yourself in it's universe and watching the characters in God Mode. Hands down, it has the best narrative I've ever read. The characters feel so real, you just almost touch them. Every scene in the book is vividly imprinted in the reader's memory in exquisite detail. This is one of the few books that I enjoyed reading all the way, enjoyed more than anticipation for the end.

Overall the story itself is simple, it's laying down the groundwork for a battle - an epic battle between the Union, Bethod, the Gurkish and various other factions; but the narrative builds up so slowly and vividly that it catches you by surprise when all the blocks fall into place.

Glokta, a cripple, was a Prisoner-of-War who was tortured and returned to the union. Now he's the Inquisitor who tortures other people, pointlessly (or fun, who knows?) One of his adventures with one Salem Rews, gets out of control as everyone from the Supervisor Kaline to the Arch Lector Sult wants to use Rews to sign off a confession for them. Glokta later realizes that he himself was being played upon by the Arch Lector.

Jezal dan Luthar is a young man, one would probably call him the hero of this book, who is training to fight a fencing match championship. He falls in love with his friend Major West's sister Ardi and some amusing events follow.

Logen Ninefingers is a savage, brutal, primitive northman who has escaped the Shanka (like Orcs) and on his way to find the first of the twelve Magi, Bayaz. After meeting Bayaz, they reach the union where their paths cross Glokta's and Luthar's.

Ferro Maljinn, a fierce, ex-slave girl and the Magus Yulwei cross the Gurkish badlands to come over to the union as a part of a bigger plan between the magi.

On a very high level, the book is reminiscent of the Fellowship of the Ring i.e. a rendezvous of the good guys preparing for a battle.

On a philosophical level, I can't help but notice the parallels between the myths of Juvens and Biblical stories. Even without reading too much into it, Juvens and Kanedius' rivarly reminds us of Caine and Abel. Juvens himself feels similar to Jesus, with twelve followers, one of whom is the betrayer (Khalul). Juvens' Laws are similar to the Ten Commandments. The argument between Bayaz and Yulwei regarding the First Law is the classic debate of Consequentialism vs Deontology.