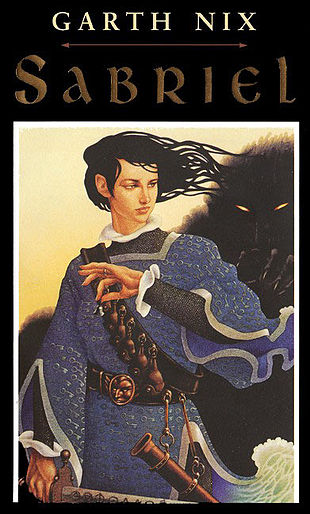 Does the walker choose the path, or the path the walker?

Sabriel is the first book of the Old Kingdom aka the Abhorsen trilogy. It's a story about the coming-of-age of a young girl named Sabriel (surprise!). The plot is set somewhere in England in a place where the normal and the magical worlds are divided by the Wall. Sabriel and other members of her family are the Abhorsens or necromancers who are tasked with keeping the dead actually dead and not letting them wander out into our living world. Death is the main theme of the book and is described as another universe where dead souls float away in a river and cross the various gates. Sabriel's adventure begins when she finds out that her father has been trapped in one of these gates by the evil Kerrigor. There are some touching father-daughter moments concerning death.

The narrative is gripping and keeps your attention, but the plot is unoriginal and a bit too melodramatic. Hardcore fantasy fans might also be disappointed by the lack of details and history of the magical elements.

Somewhat off topic, but the cover-art alone is worth buying this book! The calm, yet determined expression of Sabriel, with her dark hair melting into the dark realm of Death, it quite perfectly captures the essence of the story.

3.5/5 - Overall a good read with some memorable if stereotyped characters.