Stuff that I contributed to Open Source in Apr '13.

django-merchant is a Django app to accept payments from various payment processors via Pluggable backends.

I'm glad to have the chance the contribute to merchant again; I was previously involved in the design as well as eWay and bitcoin backends.

What's more, the demo is less of an eyesore now; it has been revamped using bootstrap

We received contributions to Braintree, Google Checkout, and eWay backends which I have reviewed and merged.

Overall, it’s been a really good month for django-merchant, here's to hoping this continues. 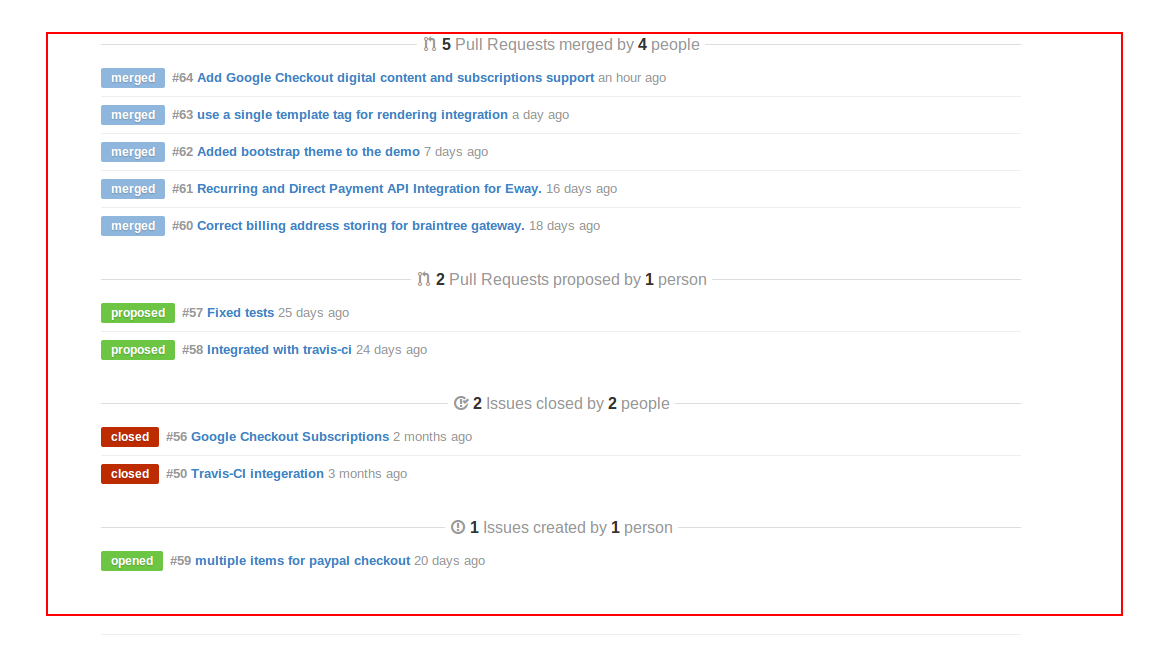