This is a combined review for both Lirael and Abhorsen since they are the continuation of Sabriel in the Old Kingdom trilogy. 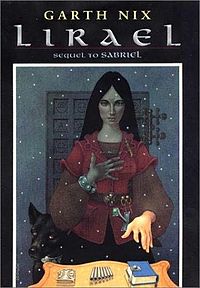 Lirael starts off with the sob story of a young girl supposedly the daughter of the Clayr (plural - some sort of Oracle). She is impatient about the Sight - a gift of the Clayr which is denied to her even though she has grown up. As an awkward, shy and depressed character, Lirael evokes some sympathy, but the self-loathing gets a bit tiring after a while. She eventually gets a job in a library and is drawn into an adventure where she finds a dog statue which she brings to life using magic. The dog - called the Disreputable Dog is similar to the cat Mogget in some aspects. Meanwhile, we meet Sameth, son of Sabriel who is supposedly the Abhorsen in waiting, filling in his mother's shoes in Ancelstierre. The rest of the book explains how Lirael and Sameth find themselves drawn to an epic battle against Hedge - the rogue necromancer. 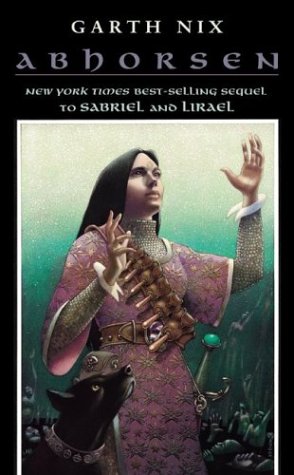 Abhorsen is the final book in the trilogy and it explains some of the mysteries about the magical world of Old Kingdom. Lirael, Sameth, Mogget and the Disreputable Dog start off toward the Red Lake to stop the magical evil hemi-spheres from combining and re-incarnating the Destroyer. Will they be able to stop the Destroyer from coming back to life and destroying everything? Let's just say that answer might not be surprising...

Questions about Mogget and the Disreputable Dog's origins are explained, although somewhat shallowly. Maybe I was expecting too much, but I was waiting for an "AHA!" moment which will enlighten me about the hidden meaning and some philosophy of Death (or the lack thereof), but I had to remain contended with the action.

Overall I think the trilogy was aimed at a younger audience than me, so I guess I couldn't enjoy it as much. If I had read it 5-6 years ago, I would have probably liked it better.