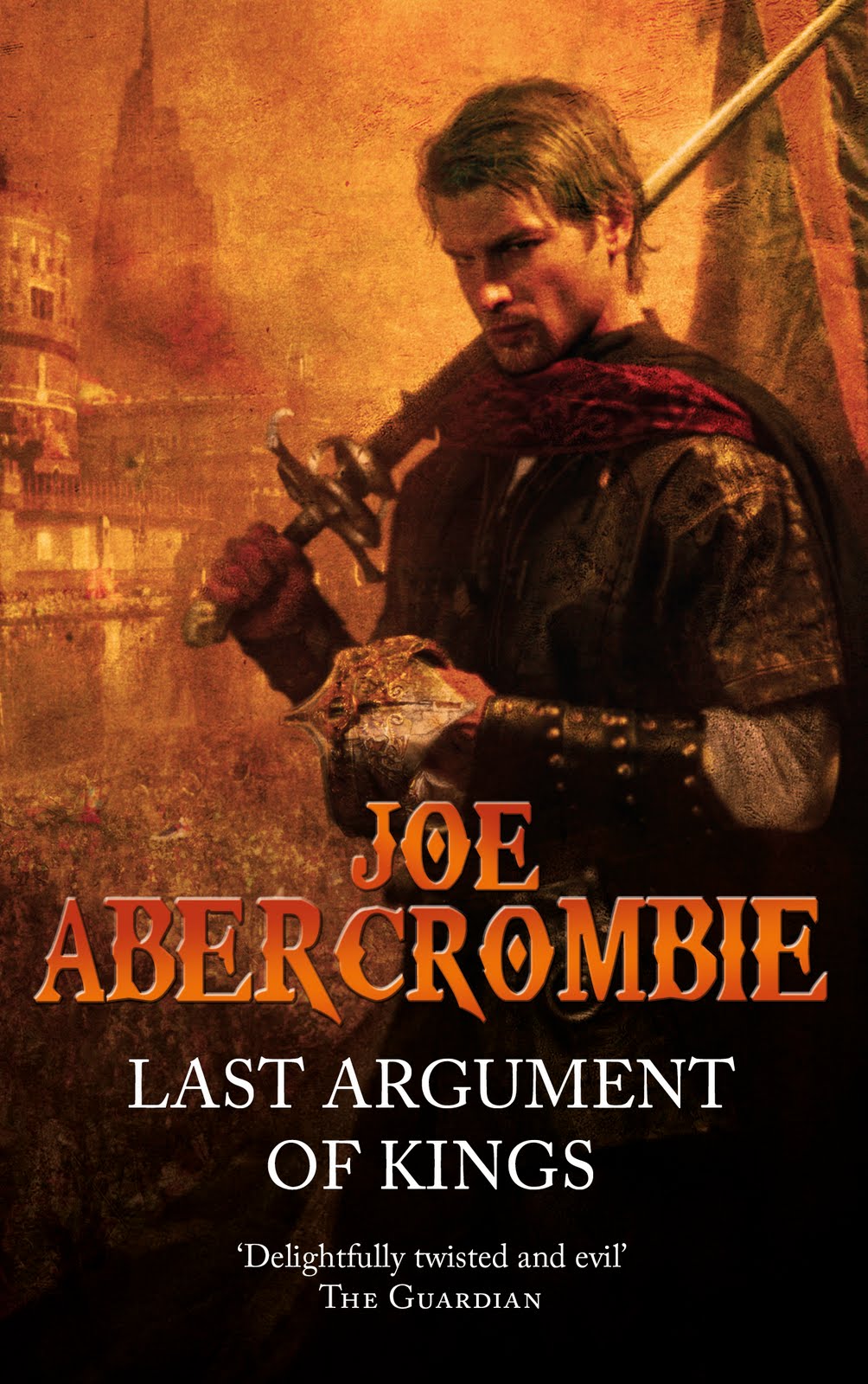 Truly, life is the misery we endure between disappointments

Last argument of kings is the third and last book in the First Law series and it ends with an epic showdown of the war between the Union and Gurkish and Bethod.

Glokta returns from Dagoska and is surprised to be promoted to the role of Superior. Now, his task is to uncover the mysterious death of the crown prince and rig the elections to make sure Arch Lector Sult isn't embarrassed by the soon to be elected King. As he investigates, he finds himself in a tough spot as his beneficiary, the mysterious bank of Valint and Balk, wants him to spy on his master, the Arch Lector himself. Will Glokta's wish to die and get rid of his miserable life be fulfilled at last?

Bayaz returns empty-handed from the End of the World, and spins up a plan to make Jezal the new King. Jezal's journey from a low ranking, vain and spoilt officer to the King is remarkable. But his happiness is soon ruined due to Bayaz and his unhappy wife. Meanwhile, the Gurkish are closing in on the city with huge armies. What will happen of the Union when Gurkish run over it?

Philosophically, the book seems to provoke moral nihilism - there is no good and evil - only power.