Kafka on the shore - Haruki Murakami 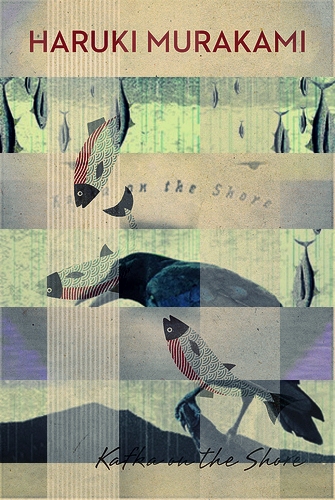 Yeah, but if you look at it like that we're all pretty much empty, don't you think? You eat, take a dump, do your crummy job for your lousy pay, and get laid occasionally, if you're lucky. What else is there?

—Haruki Murakami, Kafka on the shore

This is my first Murakami book and I didn't know what to expect. Boy, was I in for a treat. Kafka's bizzare universe seems to have been waiting for someone to revive it and Murakami sure looks like a worthy contender. Just like Kafka, Murakami succeeds in conjuring up a world where things are slightly off and there's obvious doom awaiting the protagonist. But, Murakami takes it further and gives it a post-modern touch by adding elements of metaphors, magic, philosophy and self-references.

Kafka on the shore begins with a boy called Kafka packing his things and preparing to run away from his home. He succeeds in reaching another place, finding a place to live and thus evades the destiny that was awaiting him. Or has he? He's living at a library with two peculiar characters - a transgender man called Oshima and his(her?) loner boss called Miss Saeki. Meanwhile back in Nakano (where Kafka runs away from), we're introduced to a mentally challenged old man named Nakata who is gifted with the ability to talk to cats. The rest of the story is all about how Kafka and Nakata's paths slowly but eventually cross. A curse has been placed on Kafka by his father because of his mother's sudden departure. Much as Kafka tries to avoid this curse, he seems to stumble right in the middle of it.

Fish raining from the sky, Johnnie Walker - the cat eater, Colonel Sanders - the pimp, the philosophy grad hooker who talks Hegel, the ghost girl, the Entrance Stone, the Edge of the World, the runaway soldiers. Sounds interesting, right?

If I had to condense the meaning I took from the book into one word, it would be 'Acceptance'. Life is full of sadness - Miss Saeki's lover is brutally murdered by a mob, Kafka's mother leaves without a word, Oshima is born woman but lives as a man, Nakata had an accident which turns him into an Idiot; but we shouldn't cling to these memories, we should put them behind and live - live and enjoy. There's no point in worrying about the future as well - what's gonna happen is gonna happen - like with Kafka, we can try and hide from fate, but we can't avoid it. So we have to accept whatever comes our way, with a smile.

Life's shit, so what?