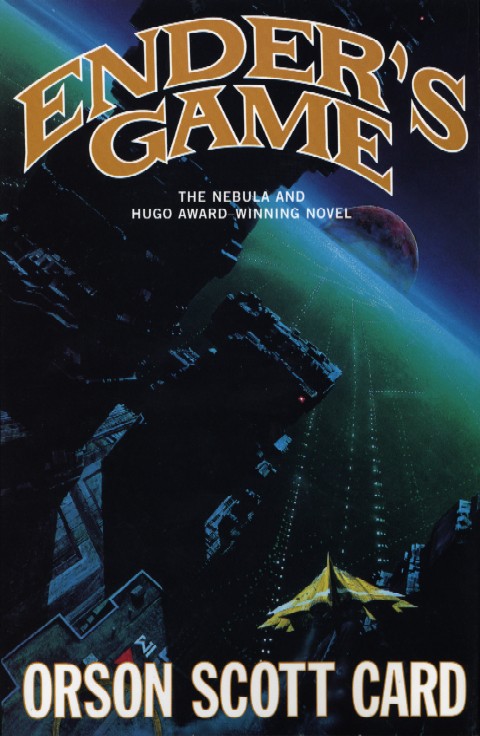 I am not a happy man, Ender. Humanity does not ask us to be happy. It merely asks us to be brilliant on its behalf. Survival first, then happiness as we can manage it.

Welcome to the human race. Nobody controls his own life, Ender. The best you can do is choose to fill the roles given you by good people, by people who love you.

Ender's Game is set in a futuristic, sci-fi, alien-invasion dystopian world and yet it feels so close to home, probably because it deals with a lot of everyday themes like bullying, leadership, group dynamics, emotional manipulation, Nietzschean determination, free will and the quest for purpose in life.

Ender is the "third" child of religiously-confused parents in a world where population control has created a stigma for younger siblings. Ender is ridiculed and bullied for it by both his classmates as well his older brother, Peter, who is kind of like Stewie from Family Guy, but not in a funny way. Ender's sister, Valentine, is one of the few people who love him and both his siblings play a major part later in the story.

Soon after Ender overcomes his fear to counter-attack a bully, he's approached by one Colonel Graff to recruit him for a super important mission to save the world from aliens (called buggers)! He's introduced to a gaming arena where he must fight as a team against the enemy team using laser-tag like guns in zero-G. Later he realizes that he's being played around by the higher ups to break him down and test his mettle. But Ender, being the protagonist, doesn't give up and keeps beating every challenge set forth by them grown-ups.

After graduating from Battle School and waging another counter-attack on a bully, Ender finally gives up and doesn't want to fight the games anymore. Meanwhile, Peter and Valentine back on Earth have become the world's first social engineers who use their genius to influence policy and opinions about dealing with the aliens. The grown-ups convince Valentine to talk him into continuing his training with Command School. After much persuasion, Ender overcomes his crisis and returns to the arena. Is Ender the man who is going to save the world from the third alien invasion? Why did the Aliens attack Earth in the first place and what do they want? What will Peter do with his new found power over people's opinions?

I really love how different themes tie together in the big picture - buggers are just bullies on the inter-galactic level; buggers' hivemind is similar to emotional manipulation that's being done to Ender; Ender, Valentine and Peter and their actions are reminiscent of the Hindu trinity - Brahma, Vishnu and Shiva.