Before They Are Hanged - Joe Abercrombie 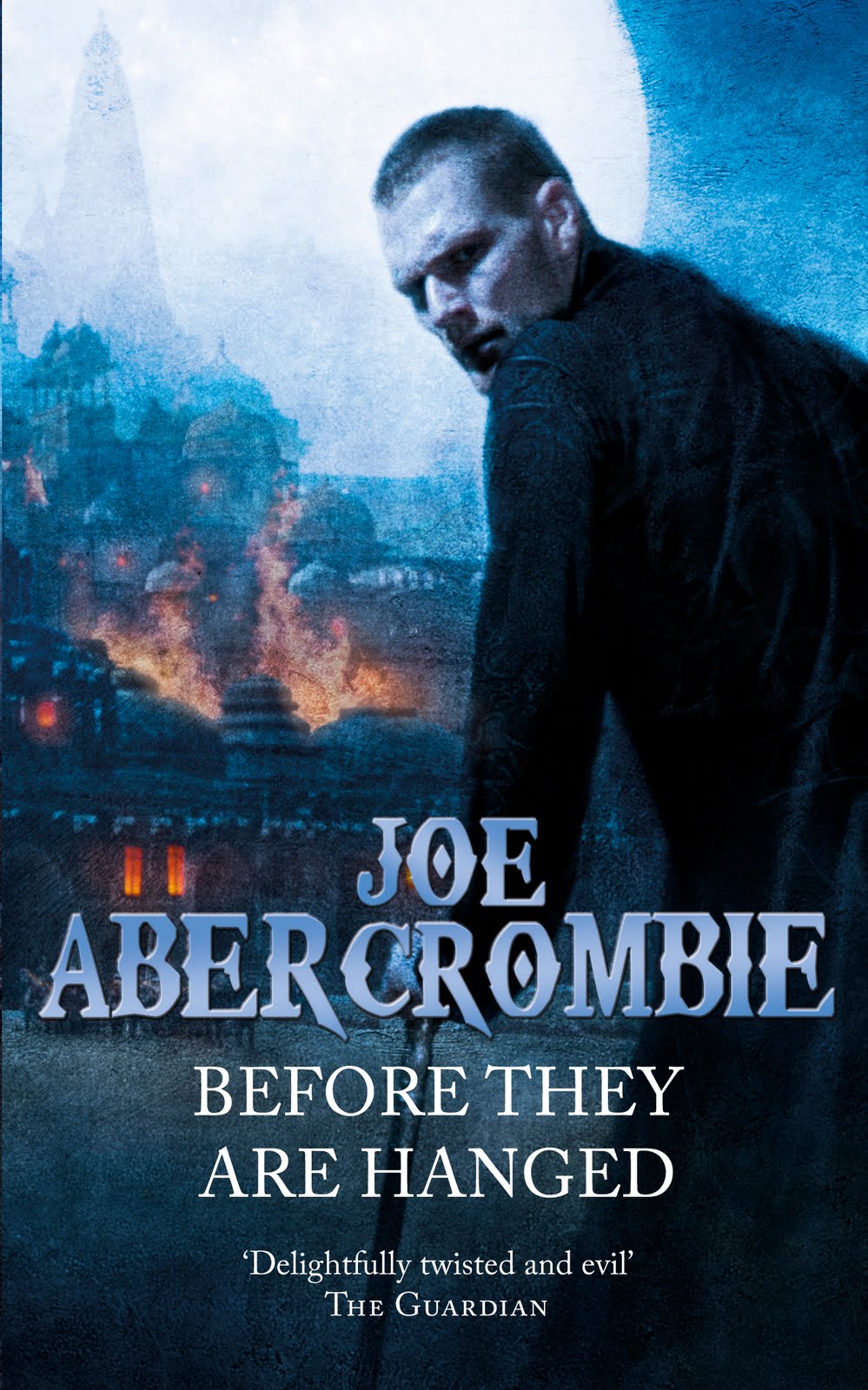 We should forgive our enemies, but not before they are hanged.

Honour, eh? What the hell is that anyway? Every man thinks it's something different. You can't drink it. You can't fuck it. The more of it you have the less good it does you, and if you've got none at all you don't miss it.

Before they are hanged is the second book in the First Law series and it continues the enchanting stories of Glokta, Jezal, Logan and Ferro. The story is as brutal and the humour is as sarcastic as ever.

Glokta is assigned the impossible task of defending Dagoska from the Gurkish and he's tempted with an offer from the mysterious bank Valint and Balk. What will he do, and will become of Dagoska?

Bayaz and he's crew including Jezal, Ferro, Logan along with the annoying Brother Longfoot embark on a mission to retreive "The Seed" - a nuclear bomb-esque weapon. Will their adventurous journey to the End of the World through the ruins of Aulchus bear fruit?

We see a change starting to grow in all the major characters - Jezal begins to outgrow his vanity as he's rescued by Ferro and Logan; Logan and Ferro fall in love - if it could be called that; Glokta shows his soft side as he forgives a known traitor, Majester Aida, instead of sticking her head on a spear as Arch Lector Sult would have wanted it.

A little philosophical rant by Bayaz on how a king should rule and the history and re-telling of the rivarly between Juvens and Kanedius adds and keeps the mystery alive.